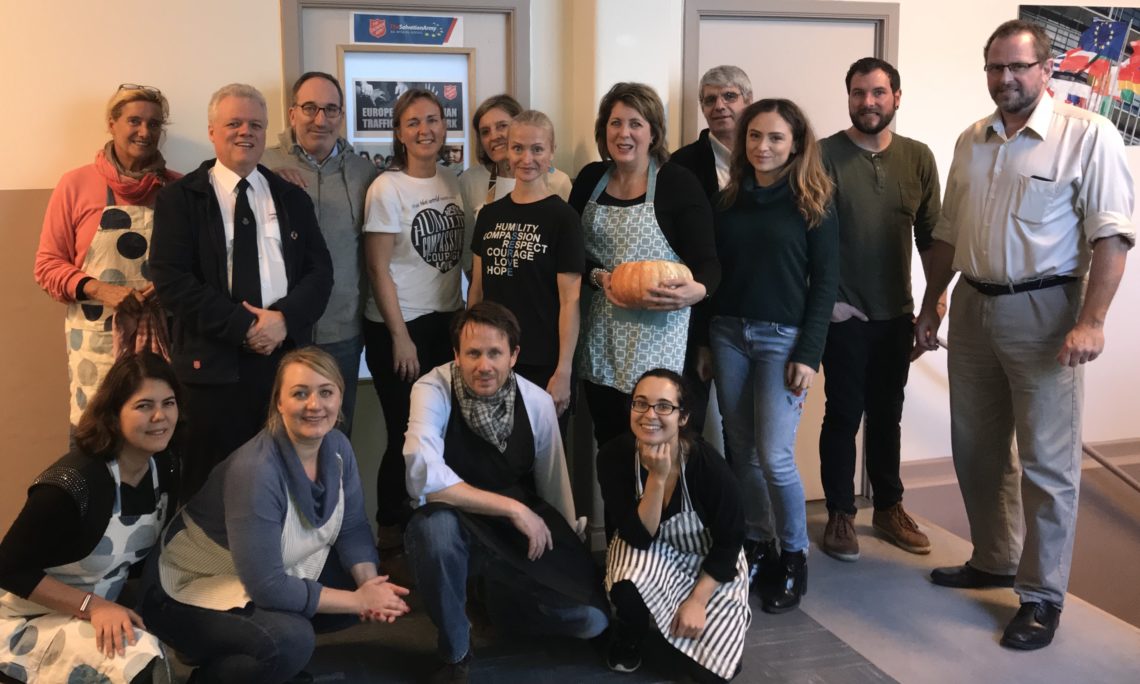 On #GivingTuesday, USEU volunteered with Serve the City in Brussels to offer a warm and healthy meal to the homeless.

While Thanksgiving is a uniquely American holiday, #GivingTuesday is a global day of giving and volunteering. “On #GivingTuesday, the citizens of our great Nation, and people around the globe, take part in the charitable spirit of the holiday season.  We commit our time, money, and resources to acts of giving and kindness, as we help those less fortunate and those most in need,” President Trump said in a statement.

This year on #GivingTuesday, USEU volunteered with Serve the City in Brussels to offer a warm and healthy meal to the homeless.  Chargé Adam Shub led a team of USEU volunteers at the Salvation Army on Tuesday, November 28 with food donations for a morning of cooking and an afternoon of serving.  Volunteers cut pumpkins for soup, made take-away sandwiches, and filled plates with turkey, gravy, and potatoes for about 60 homeless who visited the Salvation Army that day for lunch. “Everyone deserves a healthy, warm meal, regardless of their circumstance,” our host at Serve the City told our volunteers when they arrived.

Based on the languages spoken between bites of turkey and gravy, it was clear that many of the people whom we served had come from homes far away.  This afternoon of service, which fed and warmed individuals who need it most, was a tangible example of USEU’s broad engagement on refugee integration, and America’s tradition of community service.  Our outreach demonstrated, as Secretary Tillerson said on Giving Tuesday, that the United States and Europe are indeed bound by shared principles.