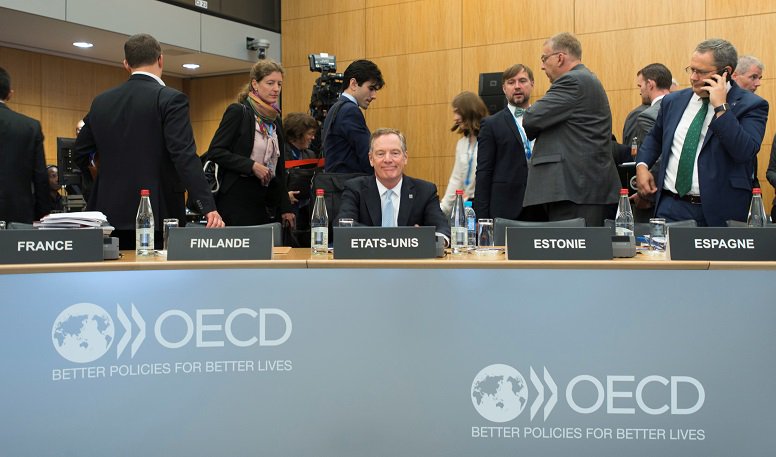 Paris – The United States released the following statement on trade policy in response to the Chair’s Statement and alongside the Consensus Statement of the Organization for Economic Cooperation and Development (OECD) Ministerial Council Meeting:

“The United States believes that free and fair trade and international investment can lead to economic growth and job creation.  At the same time, we acknowledge that trade has not always worked to the benefit of everyone, given that unfair trade practices on the part of some countries disadvantage workers, farmers, ranchers, and businesses in global markets and can result in large, persistent trade imbalances.

“We stress the importance of achieving access to markets through the elimination of barriers and unfair trading practices.  Accordingly, we support the removal of trade-distorting practices such as dumping, discriminatory non-tariff barriers, forced technology transfers, non-economic capacity, subsidies and other support by governments and government-controlled or -owned institutions that distort markets, so as to foster a truly level playing field.  We acknowledge the right to use World Trade Organization (WTO)-consistent trade remedies to tackle such practices and enforce our rights.

“The United States recognizes the importance of international trading systems, including WTO-consistent trade agreements.  We also commit to working with other Members to improve the functioning of the WTO, to ensure full and transparent implementation and effective and timely enforcement of the WTO agreements as negotiated and to make the utmost efforts to achieve a successful 11th WTO Ministerial Conference.”