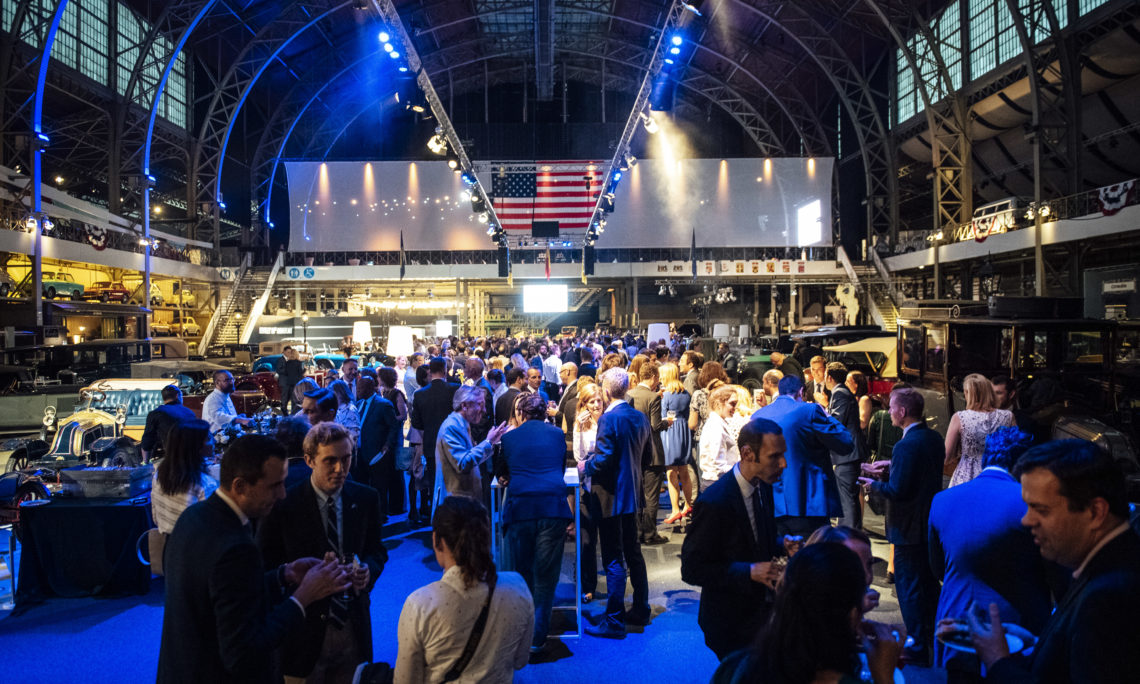 On June 4, U.S. Ambassador to the European Union Gordon Sondland hosted the U.S. Independence Day event at Autoworld, celebrating the 243rd anniversary of the Declaration of Independence for over 700 guests from government, the diplomatic corps, the media, and civil society. The night featured remarks by the Ambassador and High Representative of the European Union for Foreign Affairs and Security Policy and Vice-President of the European Commission Federica Mogherini, as well as performances by Emmy award-winning comedian Jay Leno and the SHAPE International Band, the musical representative of the North Atlantic Treaty Organization and Supreme Allied Commander Europe.

In his remarks, Ambassador Sondland thanked HRVP Mogherini for her contributions to the transatlantic relationship, calling her a “consummate diplomat” and “special friend.” The Ambassador spoke of the unbreakable bond between the United States and the European Union, and how we “are more effective than ever in providing security and prosperity to all our citizens. In spite of our relatively minor, though headline-grabbing, differences, this is a relationship that delivers results for ourselves and others.” The Ambassador lauded our “shared economic prosperity has led to a transatlantic economy that is arguably the most integrated on Earth.” The event was supported by the generous sponsorship of many of the American and European companies that have helped create the 16 million jobs linked to the transatlantic economic relationship.