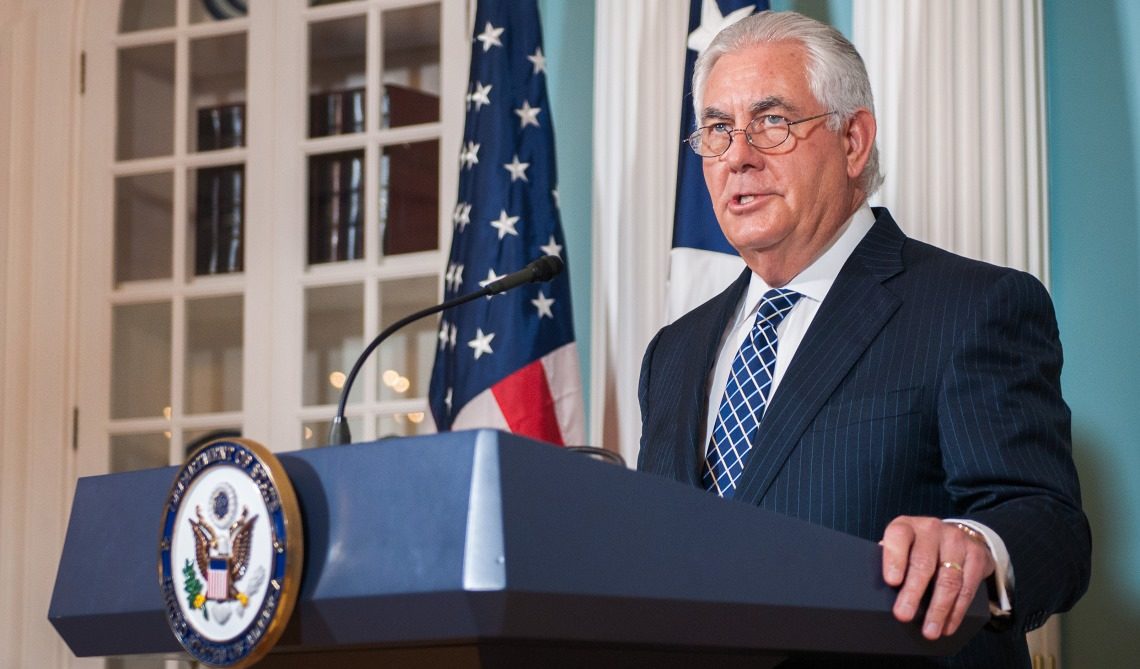 On Monday August 15, 2017, U.S. Secretary of State Rex Tillerson released the 2016 International Religious Freedom Annual Report at the U.S. Department of State. The report, which is a requirement pursuant to the International Religious Freedom Act of 1998, details the status of religious freedom in 199 countries, and documents reported violations or abuses committed by governments, terrorist groups, and individuals.

Today, almost 80 percent of the global population live with restrictions on or hostilities to limit their freedom of religion. In his remarks, Secretary Tillerson reiterated the commitment of the Trump administration to advance international religious freedom and said that the State Department will continue to advocate on behalf of those “seeking to live their lives according to their faith”.

Secretary Tillerson also highlighted some of the more egregious examples of religious intolerance that appear in the report, such as ISIS’s practice of targeting multiple religious or ethnic groups for rape, kidnapping, enslavement, and even death. He also gave examples of governments around the world that use discriminatory laws to deny their citizens freedom of religion or belief, specifically in Iran, Saudi Arabia, Turkey, Bahrain, Pakistan, China and Sudan.

“No one should have to live in fear, worship in secret, or face discrimination because of his or her beliefs,” said Tillerson, adding that the State Department will continue working to ensure that people of all faiths would be able to worship as they wish. “We look forward to working with Congress, and the administration, to continue America’s indispensable role as a champion of religious freedom the world over.”