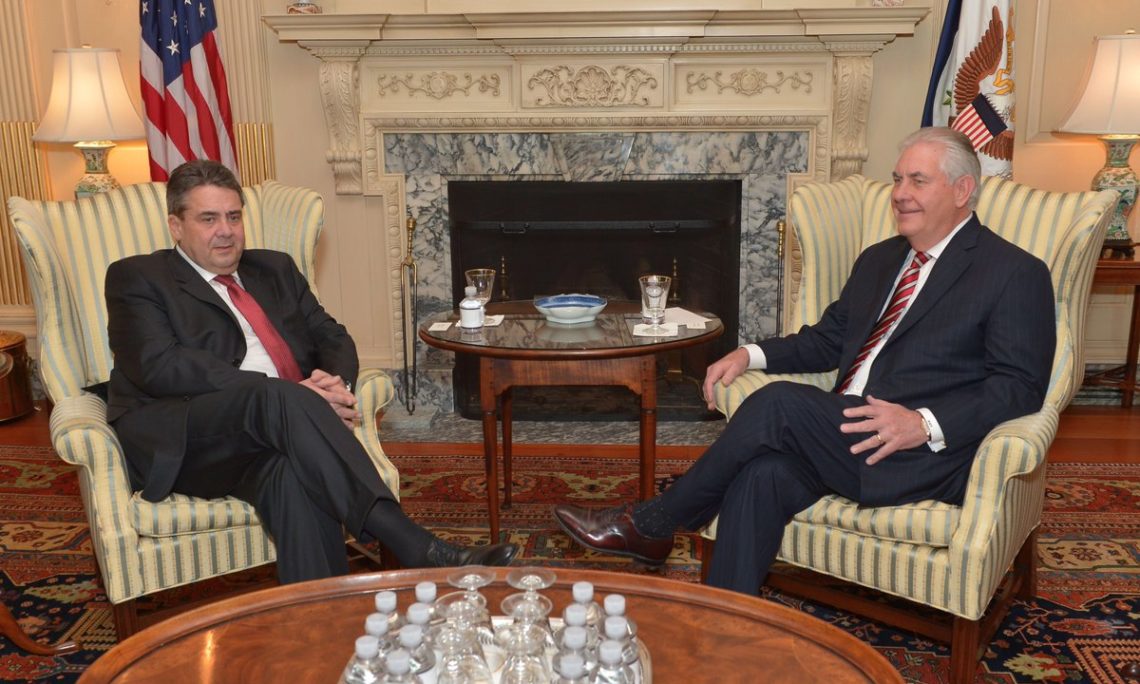 On his first day at the State Department, Secretary of State Rex Tillerson made a number of introductory calls to key allies and partners. In addition to his meeting with Germany’s Foreign Minister Sigmar Gabriel, Secretary Tillerson also spoke by phone with Mexican Foreign Secretary Luis Videgaray, Canadian Foreign Minister Chrystia Freeland, and the Prime Minister of Israel Benjamin Netanyahu. In all of his conversations, Secretary Tillerson stressed America’s steadfast commitment to its key allies and partners as it works to protect the interests and safety of the American people.

Suggested for You
Tweets by @StateDept