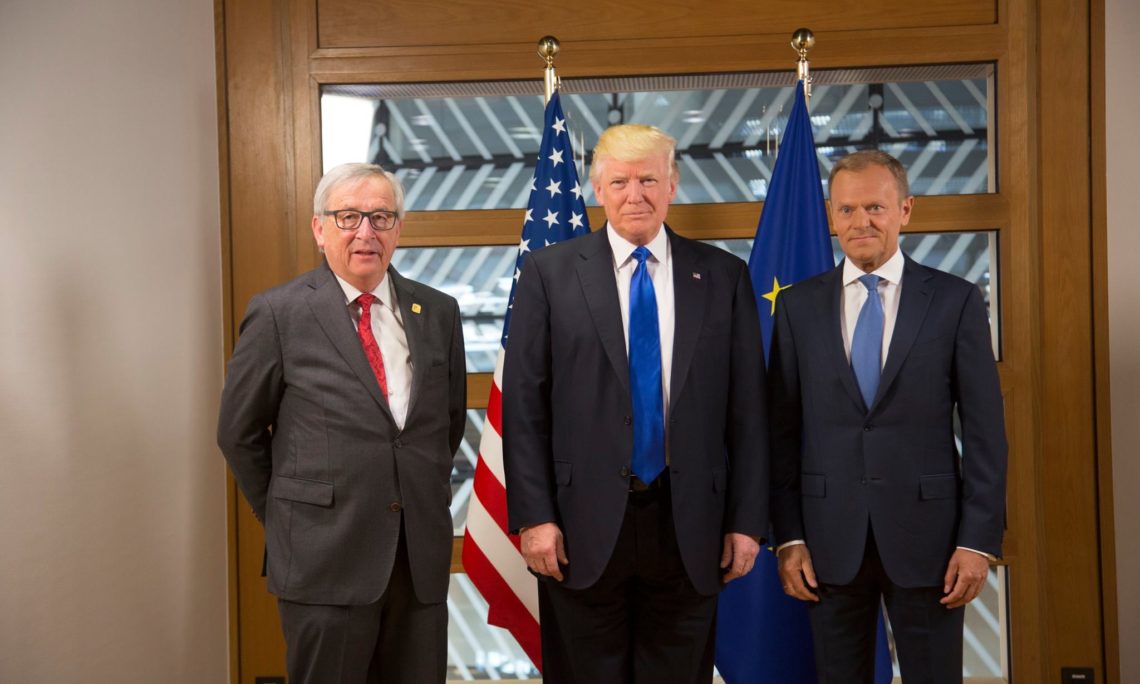 The leaders discussed the United States’ and the European Union’s shared challenges in fighting global terrorism and protecting our homelands. They agreed on the need to work together to deepen our security cooperation in fighting ISIS, combating radicalization, and responding to other common threats. They also discussed the threat from North Korea and agreed to work together to further isolate the North Korean regime politically and economically.

The leaders agreed that the United States and the European Union should deepen our strong economic relationship. They also discussed the need to protect American and European industries against unfair competition.