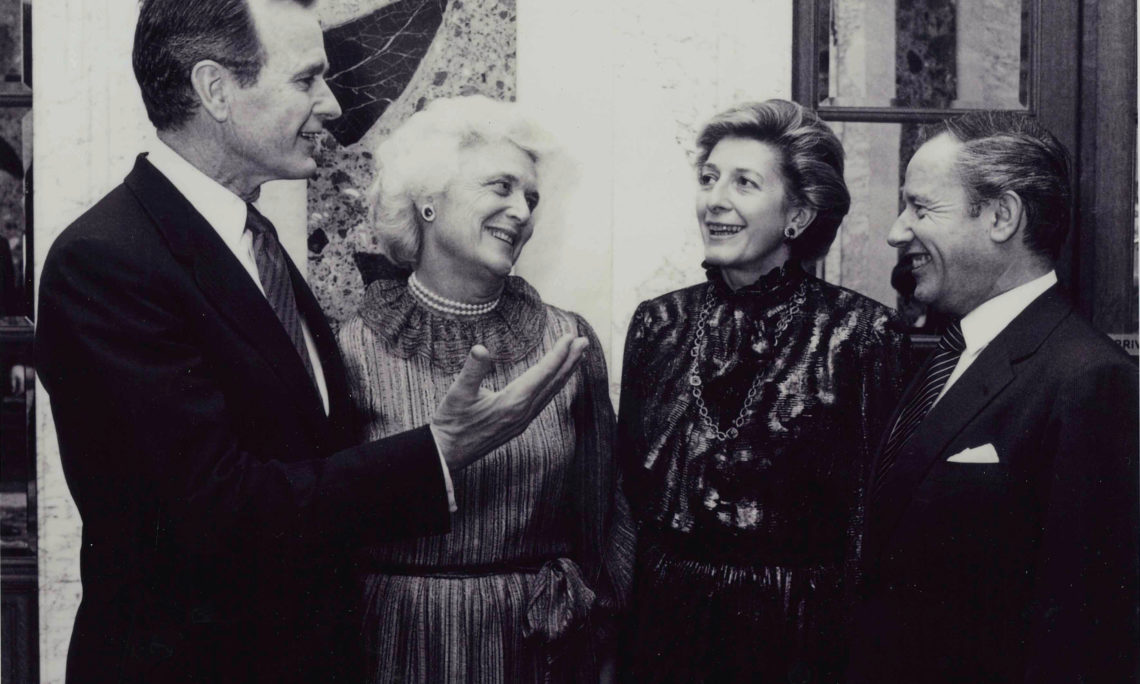 On this solemn day, we mourn the loss of Barbara Bush, an outstanding and memorable woman of character.  As a wife, mother, grandmother, great-grandmother, military spouse, and former First Lady, Mrs. Bush was an advocate of the American family.  Mrs. Bush lived a life that reminds us always to cherish our relationships with friends, family, and all acquaintances.  In the spirit of the memory of Mrs. Bush, may we always remember to be kind to one another and to put the care of others first.

As a mark of respect for the memory of Barbara Bush, I hereby order, by the authority vested in me by the Constitution and the laws of the United States of America, that the flag of the United States shall be flown at half-staff at the White House and upon all public buildings and grounds, at all military posts and naval stations, and on all naval vessels of the Federal Government in the District of Columbia and throughout the United States and its Territories and possessions until sunset, on the day of interment.  I also direct that the flag shall be flown at half-staff for the same period at all United States embassies, legations, consular offices, and other facilities abroad, including all military facilities and naval vessels and stations.

IN WITNESS WHEREOF, I have hereunto set my hand this seventeenth day of April, in the year of our Lord two thousand eighteen, and of the Independence of the United States of America the two hundred and forty-second.