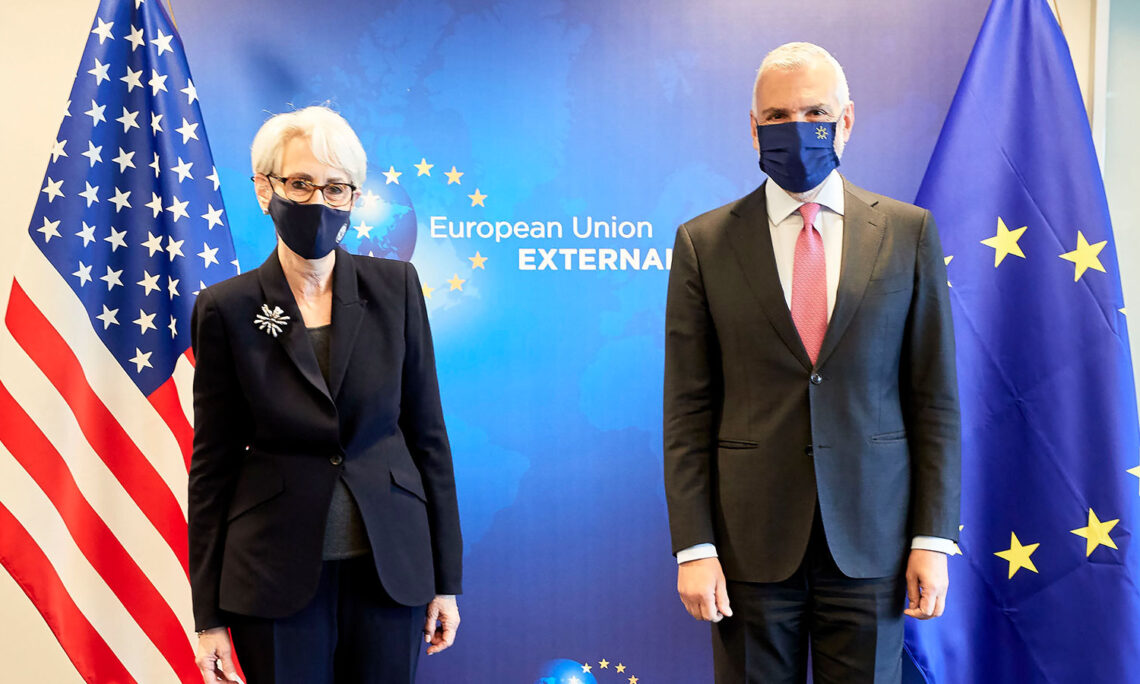 The following is the text of a joint press release by the U.S. Department of State and the European External Action Service.

On May 26, Deputy Secretary of State Wendy Sherman and European External Action Service Secretary General Stefano Sannino met in Brussels to reaffirm the strength of the U.S.-EU partnership on key foreign policy and security issues. They welcomed the upcoming EU-U.S. Summit taking place on 15 June as an important step in the revitalized transatlantic partnership. The two sides underscored the shared U.S.-EU interest in strengthening the rules-based international order and pledged further close cooperation in support of democratic values, global and regional stability, and universal human rights. They discussed a range of foreign policy issues of mutual concern, such as Russia, Ukraine, and Belarus, and the recent violence in Israel and the West Bank and Gaza. They exchanged views on the Eastern Mediterranean, Western Balkans, Afghanistan, Syria, Myanmar, the Indo-Pacific, Ethiopia, and Venezuela. They also underscored a shared interest in improving connectivity by supporting partners in setting up regulatory environments that are conducive to sustainable connectivity, as well as through quality infrastructure development and projects consistent with the highest transparency, digital, and green standards as part of their respective approaches to the Indo-Pacific region. They agreed to continue close consultations in view of possible joint approaches and actions by the EU and the U.S. that can bring about positive change.

Deputy Secretary Sherman and Secretary General Sannino held the first high-level meeting of the U.S.-EU dialogue on China. The two sides reiterated that the United States’ and EU’s relations with China are multifaceted and comprise elements of cooperation, competition, and systemic rivalry. They highlighted issues of shared concern, including ongoing human rights violations in Xinjiang and Tibet, the erosion of autonomy and democratic processes in Hong Kong, economic coercion, disinformation campaigns, and regional security issues, in particular the situation in the South China Sea. They discussed the importance of Taiwan’s meaningful participation in the work of international organizations, including World Health Organization forums and the World Health Assembly. They also discussed pursuing constructive engagement with China on issues such as climate change and non-proliferation, and on certain regional issues.

The two sides decided to continue meetings in this dialogue at senior official and expert levels to discuss reciprocity, including economic issues; resilience; human rights; security; multilateralism; and engagement. The next high-level meeting will take place in winter 2021/2022.