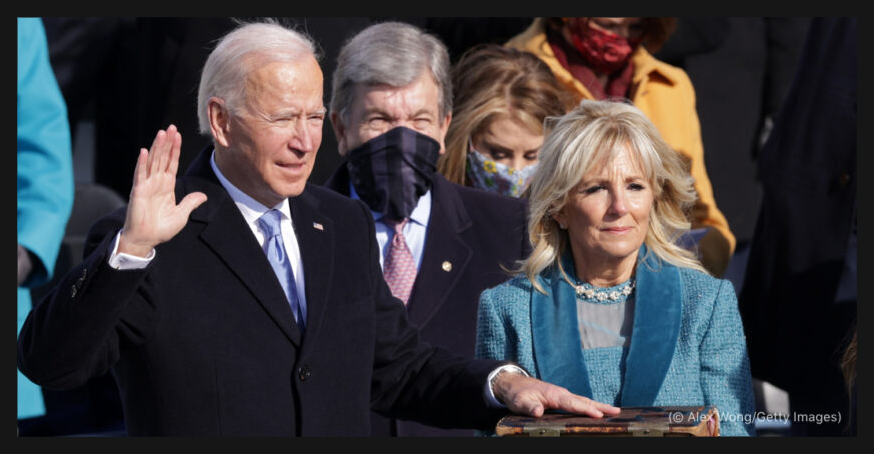 WASHINGTON, DC - JANUARY 20: Joe Biden is sworn in as U.S. President as his wife Dr. Jill Biden looks on during his inauguration on the West Front of the U.S. Capitol on January 20, 2021 in Washington, DC. During today's inauguration ceremony Joe Biden becomes the 46th president of the United State

WASHINGTON, DC – JANUARY 20: Joseph R. Biden, Jr. was sworn in as U.S. President during his inauguration on the West Front of the U.S. Capitol in Washington, DC. During the inauguration ceremony, Joe Biden became the 46th president of the United States. Minutes before, Kamala D. Harris took the oath of office to become the first woman, the first Black American, and the first South Asian American to be elected vice president.