U.S. cooperation with the EU is based on the Transatlantic Declaration of 1990  and the New Transatlantic Agenda (NTA), adopted in 1995. This cooperation, which has been gradually deepened and broadened, takes place on many levels and includes summit meetings at the level of heads of state and government between the U.S., the European Commission and the country holding the EU Presidency. 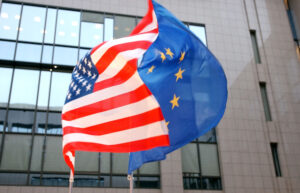 In 1990, the relations of the U.S. with the European Community were formalized by the adoption of the Transatlantic Declaration. A regular political dialogue between the U.S. and the EC was thereby initiated at various levels, including regular summit meetings. The cooperation focused on the areas of economy, education, science and culture

The New Transatlantic Agenda (NTA), which was launched at the Madrid summit in 1995, carried the cooperation forward. The NTA contains four broad objectives for U.S.-EU collaboration: promoting peace and stability, democracy and development around the world; responding to global challenges; contributing to the expansion of world trade and closer economic relations; and building bridges Across the Atlantic.

In connection with the adoption of the New Transatlantic Agenda a Joint EU-U.S. Action Plan was drawn up committing the EU and the U.S. to a large number of measures within the overall areas of cooperation. As an extension of the NTA efforts, agreement was reached at the 1998 London summit to intensify cooperation in the area of trade, which resulted in the Transatlantic Economic Partnership (TEP). The TEP covers both bilateral and multilateral trade. Bilaterally, TEP addresses various types of obstacles to trade and strives to establish agreements on mutual recognition in the areas of goods and services. Furthermore, there is cooperation in the areas of public procurement and intellectual property law. Multilaterally, focus is on further liberalization of trade within the WTO in order to strengthen world trade. The interests of the business sector, the environment and the consumers are to be integrated into this work.