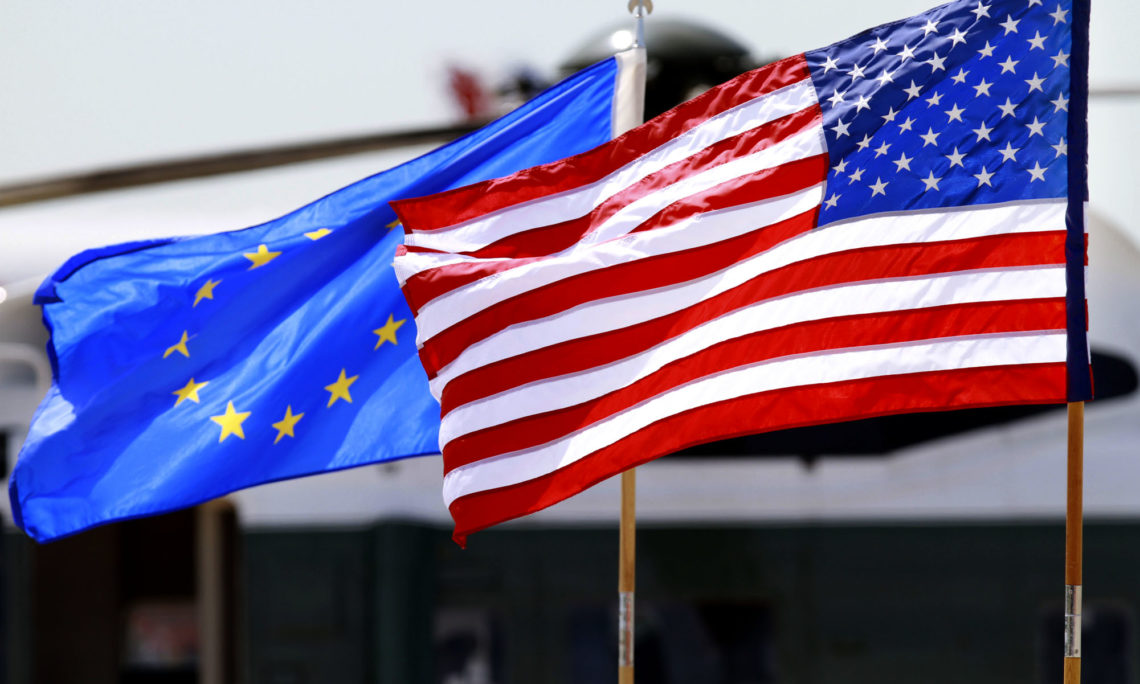 It’s great to be back in Brussels, and it’s an honor to be here at the ETNO-MLex Regulatory Summit. Thank you for the invitation and for the chance to join with regulators from across Europe to talk about the 5G future.

For my part, I look forward to listening and learning about the work you all are doing—from the European Commission to the Parliament to the Member States—to help promote the deployment of next-generation networks. And I welcome the chance to offer a few words this morning on the steps we’re taking in the United States to help speed the private sector’s deployment of 5G.

As regulators, we all want to see 5G deployed as quickly and ubiquitously as possible. We all want to see consumers benefit from the advanced services and technologies that a 5G network can enable—everything from new telehealth offerings to autonomous cars to smart city applications. No country wants to get left behind.

But wanting to lead in 5G is not enough to get the transition across the finish line. The key is to update our regulatory structures so that they are what I call “5G Ready.” This means taking concrete steps to reform our regulations and ensure that they incentivize the massive private sector investments necessary to build the networks of the future. After all, in the U.S. alone, it is estimated that deploying 5G might require the private sector to invest $275 billion over the next few years. Capital is finite, and capital is smart. It will flow to those countries that have updated and modernized their regulatory structures.

So this morning, I want to highlight three steps that I think regulators must take to get 5G Ready.

First, we must modernize our infrastructure deployment rules. The permitting, siting, and review processes that applied during the transition to 4G is not going to work for 5G given the massive number of small cells that this transition will entail.

Right now, we have around 300,000 cell sites in the U.S. But 5G might involve a 10- to 100-fold increase in sites in addition to millions of miles of new fiber and other high-speed connections. The current regulatory regime—whether at the federal, state, or local level—is not designed to support or process deployments on this scale. It costs too much and takes too long.

I’ll give you an example that’s timely in light of Super Bowl Sunday, which is coming up in the U.S. in a few days. Last year’s Super Bowl was played at NRG Stadium in Houston, Texas. More than 70,000 fans packed the stadium. In anticipation of the crowd, one of our national carriers decided to install 23 small cells to densify its network and provide greater capacity. But the regulatory red tap quickly—and needlessly—drove up the price. In the end, the company ended up paying more than $170,000 as part of a historic review process—even though it deployed those 23 small cells in and around a parking lot.

This example illustrates a process in need of reform. A regulatory regime that might have worked for the deployment of a relatively limited number of hundred foot tall, 4G macro-cells is not going to work for the massive number of small cells that must be deployed to build the network of the future.

In the U.S., we are pursuing a number of changes to update our approach. We are looking to reform the historic and environmental review process that applies to small cell deployments. We are looking for opportunities to streamline state and local review. And we are looking to ensure that operators have the nondiscriminatory access to the poles, street lights, and rights-of-way necessary to deploy 5G infrastructure.

Getting these reforms across the finish line will deliver real results, especially in rural and less densely populated areas. Indeed, one study suggests that they could flip the business case for 5G deployment for thousands of communities in the U.S. Regulatory reforms alone could make it economical for the private sector to deploy 5G to nearly 15 million more homes than under the existing regime. That’s an additional $24 billion in investment that could be incentivized simply by removing regulatory barriers to deployment.
The second step I think we need to take to ensure we’re 5G Ready is to continue freeing up spectrum for mobile broadband. According to some estimates, we will see over a half a billion 5G subscriptions worldwide by the end of 2022. We need more spectrum to meet this demand—and we need to open up a mix of spectrum bands for operators to choose from.

But we are not resting there. We have a proceeding under way that is looking at spectrum in the mid-range bands between 3 GHz and 24 GHz. And we are continuing to look for additional opportunities, including for global harmonization.

As we have opened up bands for 5G and other advanced services, we have been conscious to step back and allow the private sector to drive the standards-setting process. We are already seeing this approach pay dividends as multiple operators have announced that they are launching 5G trials this year in communities across the U.S. These are all important milestones.

The third and final piece of the 5G picture that I want to talk about today is ensuring that our regulations do not stand in the way of innovation. We must make sure that our regulatory framework provides the incentives necessary to unleash the massive investment in private sector capital needed to deploy, upgrade, and maintain the networks of the future. Particularly when it comes to 5G, we want to see innovation taking place across the entire Internet ecosystem—from the edge to the networks themselves.

On this front, I am pleased to report that the United States is once again heading in the right direction. At the beginning of last year, we ended the investigation the FCC launched in 2015 into so-called “zero rating” or free data offerings. These innovative and popular offerings allowed consumers to enjoy the online content they wanted without any data limits or charges. In the wake of that decision, we have seen operators in the United States continue to experiment with innovative new offerings and plans—all to the benefit of consumers.

And just last month, as you may know, the FCC voted to restore Internet freedom by reversing the agency’s 2015 decision to apply 1930s-era regulations to the Internet—known in the U.S. as Title II.

Prior to the FCC’s 2015 decision, consumers and innovators alike benefited from a free and open Internet. This was not because the government imposed heavy-handed regulation. Quite the opposite.

Through Republican and Democratic administrations alike, the FCC abided by a 20-year, bipartisan consensus that the government should not control or heavily regulate Internet access. The Internet flourished under this framework. The private sector invested over $1.5 trillion in broadband networks in the United States, and every part of the Internet economy benefited.

The United States’ two-year experiment with heavy-handed regulation of the Internet failed. We saw broadband investment decline, innovative new service offerings left on the shelf, and new broadband deployments put on hold. In fact, during the FCC’s two-year detour, we saw broadband investment in the United States decline by $3.6 billion—or more than 5%. This is the first time we saw any such decline outside of a recession.
But we have now righted the ship. In the United States, we are returning once again to a tried and true framework—one that will protect consumers and innovators alike without the negative consequences we saw with heavy-handed regulation.
Here’s how we’re doing that. In the United States, we are fortunate to have two regulatory authorities in the space—the Federal Trade Commission and the Federal Communications Commission. When the FCC classified broadband as a Title II service in 2015, this decision stripped our competition authority, the Federal Trade Commission, of 100% of its authority over operators.

By reversing that decision, we have restored the authority of the Federal Trade Commission over U.S. operators. So if an operator engages in anticompetitive or harmful practices, the Federal Trade Commission is empowered to take action. This light-touch framework can ensure that consumers and innovators alike remain protected without the negative consequences we saw with the FCC’s 2015 decision.

So in summary, regulators have a key role to play in the private sector’s transition to 5G. We must modernize our infrastructure deployment rules, continue to free up spectrum, and allow for innovation across the entire Internet ecosystem. If we take these steps, we will be 5G Ready. We will ensure that 5G is deployed as quickly and ubiquitously as possible. I look forward to hearing your thoughts on 5G deployment and answering any questions you might have. Thank you.