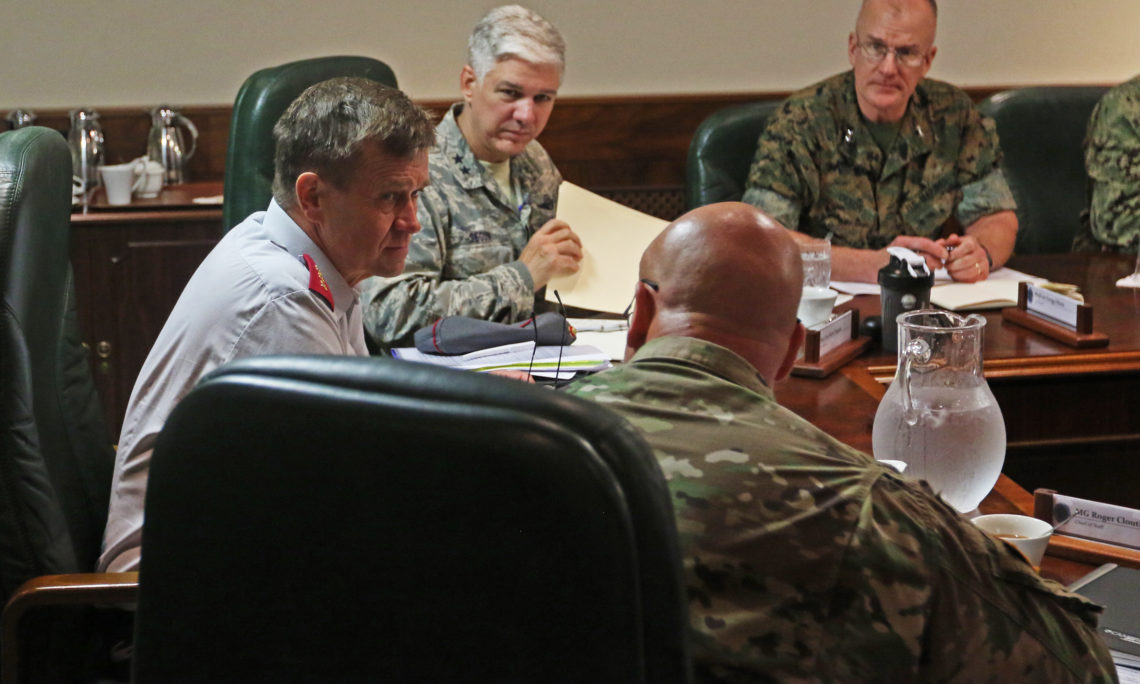 Lt. Gen. Esa Pulkkinen, the Director General of the EU Military Staff and Director of the EU Military Planning and Conduct Capability, spent the day meeting with top AFRICOM officials, discussing opportunities for increased cooperation on the African continent.

Pulkkinen, a member of the Finnish Armed Forces, sees AFRICOM’s efforts in Africa as complementary to the EU’s missions there. There are a variety of ways the two collaborate, including information sharing and military liaison arrangements.

Africa presents both risks and opportunities, said Pulkkinen, and the EU is heavily engaged, directly and bilaterally through its member states, to bring stability to the continent.

“Without the security you can’t have any development,” he said.

Both AFRICOM and the EU work towards stability in Africa by strengthening the security structures, providing support to the militaries and civilian forces, which are critical to the fight against terrorism, he said. As an example, Pulkkinen cited the efforts of the EU and AFRICOM in Somalia.

The general said the relationship between AFRICOM and the EU dates to 2008 and those meetings like the one in Stuttgart are important for discussing ongoing operations and “to streamline, ensure our efforts are in line and to maximize synergies between AFRICOM and EU military engagement.”

Pulkkinen said he is extremely pleased with the attitude on both sides of the table, which he quantified as positive and constructive. He added that, because of the nature of the security concerns in Africa, there is nothing but common interest between the EU and AFRICOM.