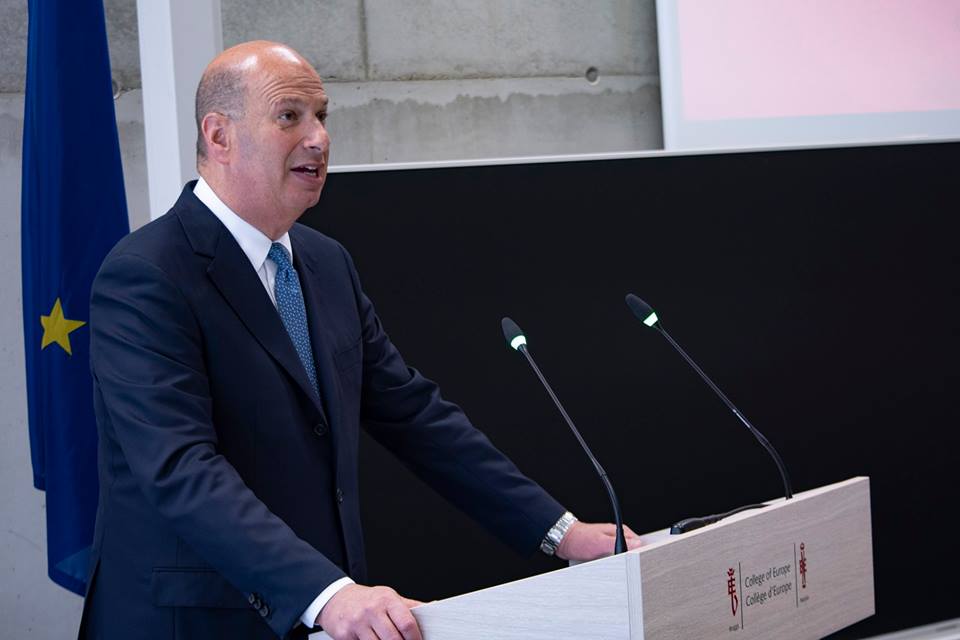 This op-ed was originally published by EURACTIV.

The United States and the European Union have a relationship that, at its core, is founded upon our shared values. Among these values is an abiding respect for human rights and a commitment to upholding and defending those rights worldwide. Fortunately, we are not alone in this endeavor.

On December 10, 1948, the United Nations unanimously adopted the Universal Declaration of Human Rights (UDHR), a set of rights to which all individuals are entitled. These include the freedoms of expression, association, and peaceful assembly. The freedoms of religion or belief.

The right to form and join trade unions. The right to be free from torture and cruel, inhuman, or degrading treatment or punishment. Under the UDHR, every human being in the world can claim these rights, no matter their citizenship or allegiance.

The UDHR was born of the tragedy of the Second World War, which showed that governments that have no regard for the rights of their citizens similarly have no reservations about immersing the world into a terrible conflict for their own aims.

The founders of the United Nations knew that peace could only be achieved when human rights were respected and set out to create a common framework that all nations could embrace – a set of universal rights that recognized the primacy of individual human dignity.

Since the adoption of the UDHR in 1948, there have been extraordinary accomplishments in human freedom. For example, the anti-apartheid struggle in South Africa in the 1970s, followed by its peace and reconciliation stages in the 1980s and 1990s. Or Poland’s Solidarity movement, where laborers demanded the right to live and work without fear of repression or retaliation from their government.

There have also been countless stories of individuals standing up for their rights. Malala Yousafzai survived being shot at the age of 15 by Taliban gunmen in Pakistan simply for attending school.

She went on to become a resolute and inspiring voice for equality, winning both the Sakharov Prize and the Nobel Peace Prize for her efforts. This year, the European Parliament will award its Sakharov Prize to Ilham Tohti, a Uighur economist and activist serving a life sentence in China on separatism-related charges.

Sadly, anyone reading the news today can see that the human rights and fundamental freedoms set forth in the UDHR are not respected by all nations. Some of today’s worst abusers of human rights were original adopters of the UDHR who committed themselves to defending those rights.

For example, the Chinese government has forced more than one million Uighurs and members of other Muslim minority groups into internment camps in the Xinjiang region of China since April 2017. The allegations of forced labor, torture, and other inhumane conditions in the camps belie the Chinese government’s claims that their purpose is education.

In Venezuela, the brutal repression of human rights under the Maduro regime involves credible reports of extrajudicial killings, torture, and suppression of the freedoms of speech and association.

In Iran, the regime’s un-elected Supreme Leader prioritizes encouraging regional chaos over improving the lives of the Iranian people. Its long history of severe discrimination against women also continues unabated, with women sentenced to as many as 23 years in prison for not wearing a hijab in public.

Yet, it is not only governments that have the duty to protect human rights. Governments are, after all, composed of individuals. Every person has a role to play in protecting and standing up for human rights, as well.

How can we do this? We can educate ourselves by learning about the rights guaranteed under the UDHR and about current human rights challenges around the world. We can join the call for accountability, drawing attention to states that abuse human rights and urging them to uphold their commitments.

We can also call upon our own governments to speak up when abuses take place elsewhere in the world.

I can assure you that the United States and its people remain committed to human rights. We are on the front lines, advocating for every person around the globe to enjoy their rights.

These freedoms are the shared birthright of all persons, as declared by the community of nations on December 10, 1948.