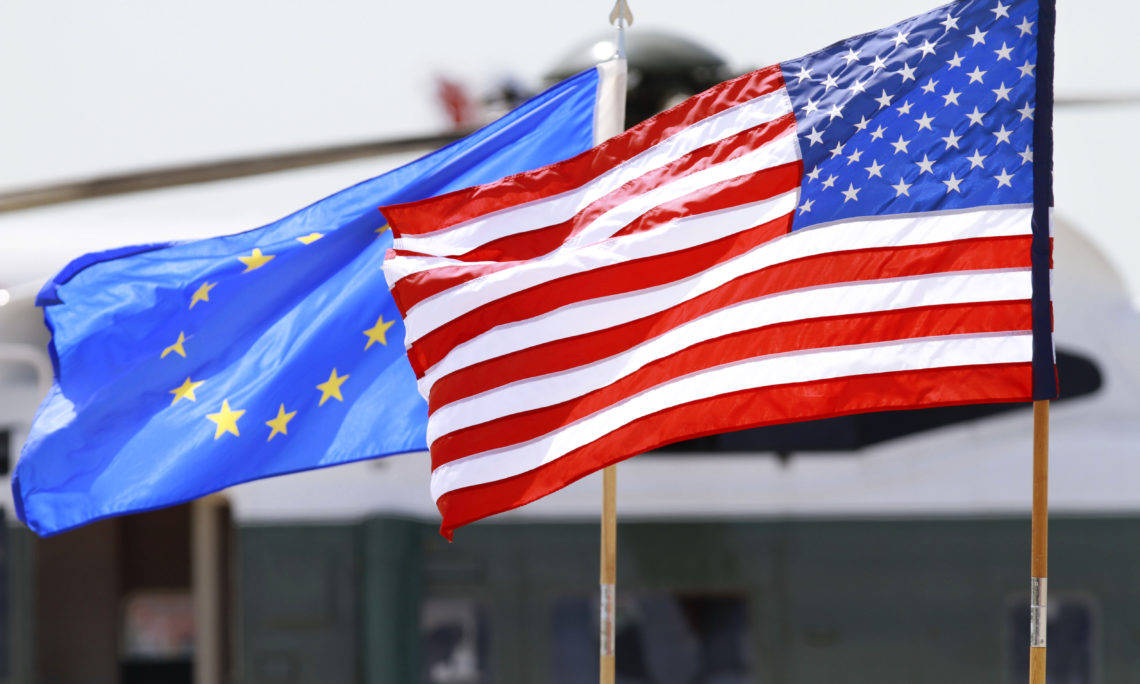 Thanks to Ambassador Melville for inviting me to participate today.

And most of all, thank you AmCham Estonia and the Baltic American Freedom Foundation for organizing this conference and highlighting the importance of strengthened transatlantic ties.

The transatlantic partnership is more present than you think, and more necessary if we are to make progress together and separately on global challenges.

If the U.S.-EU partnership is closer than ever, it’s because we need each other more than ever to address the shared challenges and responsibilities we face in the world.

As we consider the state of transatlantic ties and look to the future, I always encourage others to take the long view.

This afternoon I would like to offer my thoughts on the transatlantic relationship broadly, and then on our economic ties.

But to begin, I’d like to take a moment to acknowledge Estonia’s current term as president of the EU Council, where it has prioritized an open, secure, innovative, and sustainable EU.

I’ve seen the Estonian delegation’s work first hand in Brussels, and I have been incredibly impressed with the energy and focus of its presidency.

Notable progress during the first half of Estonia’s term include:

Estonia has used its presidency platform to showcase its own experience as a digital leader and to encourage the rest of Europe to accelerate the embrace of digital solutions to improve efficiencies for government, citizens, and businesses.

We support Estonia’s efforts to encourage a digital single market and the free flow of data, steps that will support Europe’s economic development and also make the European market a more attractive place for U.S. firms to do business.

Above all, I appreciate Estonia’s efforts to place strengthened transatlantic relations high on its presidency agenda.

Stepping back…We all remember where we were on 9/11, but also during the 2014 invasion of Crimea, the results of the Brexit vote, the 2016 US election, and the more recent French and Dutch elections.

We are in a new, more challenging era.

Information and data are now not only sources of great wealth but also political and military power.

This is a new paradigm.

Economic and social dislocation from globalization is shaking political establishments and driving wedges in societies. We are seeing the rise of  populism paired with stagnant economic growth,

Political narratives, whether European, American or Russian, driven by data and promulgated via social and traditional media, can challenge the status quo.

The internet is making Europe more attractive to economic migrants from all over.

Migration, terrorism, disinformation, and the misuse of big data have all upset our democracies and our citizens and encouraged populism, anger, mistrust among voters.

How do we answer those fears?  Calm our citizens and focus our energies productively to meet those challenges?

Through partnership.  From security to trade and in defense of our market economies. (Yes, hurt, own-goals)… we have no choice to be partners.

What do these partnerships look like?  Let me highlight six areas:

Turning to a topic near and dead to this audience, the depth, breadth, and strength of transatlantic ties is perhaps nowhere more evident than in our economic relationship.

The United States is not a European power, but we are an economic power in Europe.

The U.S. economic relationship with the EU is the largest and most complex in the world, generating goods and services trade flows of about $2.7 billion per day.

The transatlantic economy generates $5.5 trillion in commercial sales each year, and employs 15 million workers on both sides of the ocean.

The United State is the number one market for EU global exports and is the EU second biggest importer. 45 our of 50 U.S. states export more to Europe than to China.

Our relationship accounts for one third of total goods and services trade and nearly half of global economic output.

The U.S. and the EU investments are at the core of the transatlantic relationship, contributing to both economic growth and job creation on both sides of the Atlantic.

EU efforts to create a digital single market have important implications for U.S. economic, commercial and political interests, and could fundamentally alter the digital economy ecosystem in Europe and beyond.

More broadly, we estimate completion of the DSM could increase Europe’s GDP by up to €415 billion annually.

Commercial data flows are vital to the transatlantic economy.  It is crucial that we minimize divergence between U.S. and EU policies and regulatory approaches towards the digital economy.

POTUS/Juncker/Tusk agreed in May to a U.S.-EU strategic trade action plan. We are building out the agenda for that now.

We are working with the EU in the WTO to promote fair, rules based trade.

We are cooperating vis-à-vis 3rd countries, including China, to deter and respond to unfair trade practices.

Even in areas of disagreement we are working constructively to solve bilateral irritants/issues including endocrine disruptors, beef hormones, aircraft subsidies.

The relationship between the United States and the European Union has become deep and resilient because of our history, our belief in common values, and our joint prosperity.

These global challenges require the full strength of the transatlantic partnership to overcome them.

We look forward to building on our history of shared accomplishments